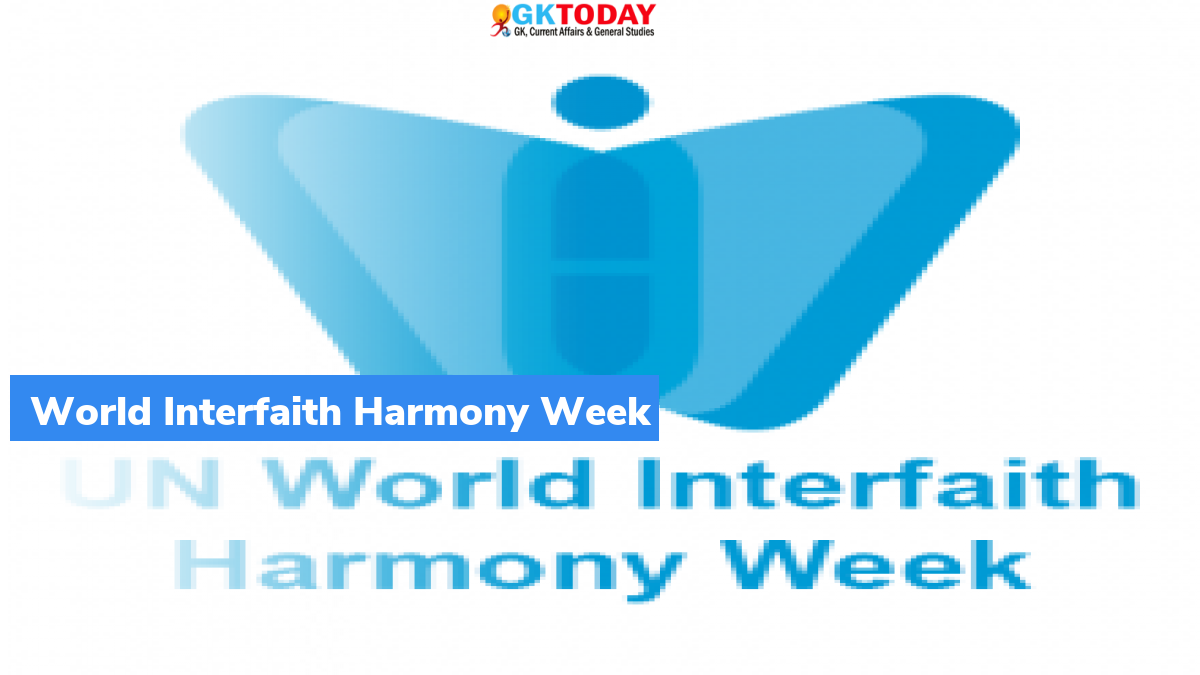 World Interfaith Harmony Week is observed during first week of February, that is, February 1 to 7, annually.

When was this week designated?

World Interfaith Harmony week was designated in 2010 by the General Assembly.

Who proposed the observance of the week?

World Interfaith Harmony Week (WIHW), conceived to promote culture, peace and nonviolence. This week was first proposed by King Abdullah II of Jordan in 2010, at the United Nations.

Why is this week observed?

The World Interfaith Harmony Week was started to promote cultural peace and nonviolence. It is based on pioneering work of Common Word initiative.

This initiative was started in 2007. It called for Muslim and Christian leaders to engage in dialogue, on the basis of two common fundamental religious Commandments that is- Love of God and Love of the Neighbour. These commandments are at the heart of three Monotheistic religions. Thus, they provide the most solid theological ground possible.

World Interfaith Harmony Week provides a platform, where all interfaith groups and other groups of goodwill can showcase to the world what a powerful movement they are. These groups organise thousands of events. But it often goes unnoticed by general public as well as the groups themselves. The week will allow these groups in becoming aware of each other. It will also strengthen the movement by avoiding duplicating each other’s efforts and building ties.