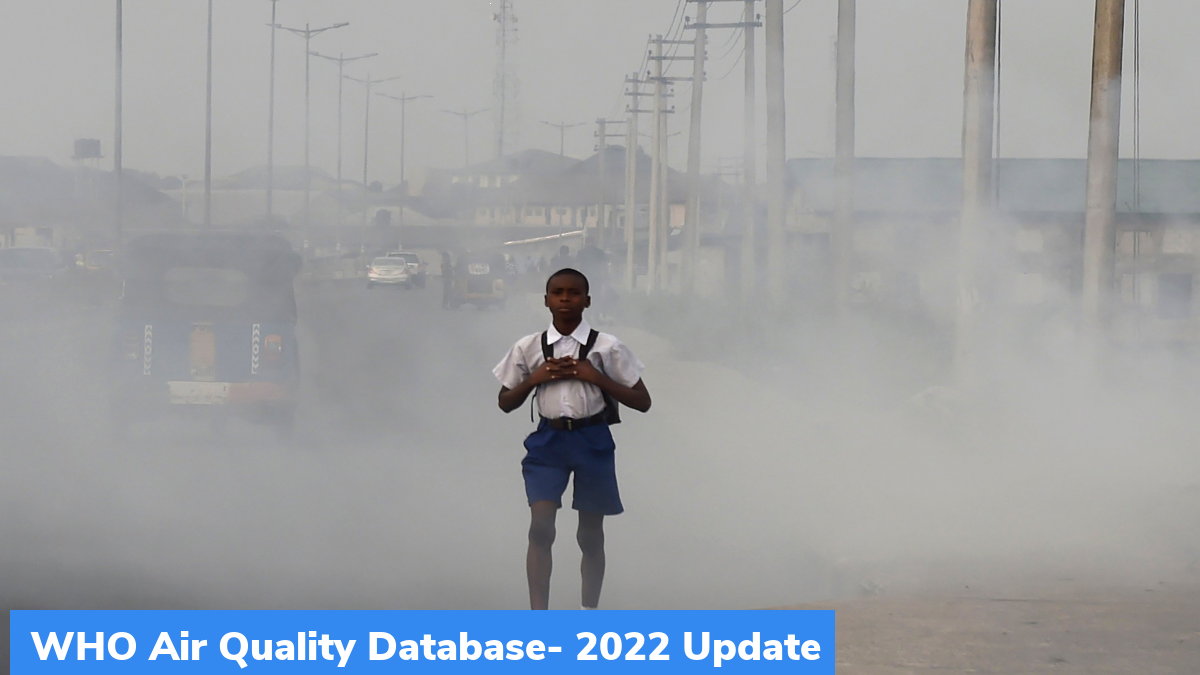 According to the World Health Organisation’s air quality database 2022 update, around 99 percent of the population of the planet breathes air that exceeds the air quality limits of WHO and also threatens the health of the people.

The data for the first time has taken ground measurements of the annual mean nitrogen dioxide concentrations which is a common urban pollutant. The data has also measured particulate matter having a diameter smaller than or equal to 2.5 μm (PM2.5) or 10 μm (PM10).

This new database has been covered most extensively till now regarding the exposure of air pollution on the ground. In around 2,000 more human settlements and cities ground monitoring data are being recorded for particulate matter PM2.5 and PM10. Since the last released database in 2011, the monitoring has increased six times. The damage that is caused due to air pollution to the human body is growing continuously and this is pointing towards significant harm that is being caused even by low levels of air pollutants.

Health issues that are caused due to air pollution

The particulate matter, especially PM 2.5, can penetrate deep into a person’s lungs and the bloodstream which causes cerebrovascular, and cardiovascular stroke as well as respiratory impacts. Due to nitrogen dioxide, respiratory diseases like asthma, wheezing, coughing, and difficulty in breathing are increasing.

WHO is calling for an increase in the adoption and implementation of national air quality standards so that the health issues related to air pollution can be mitigated.