What is Breach of Privilege Motion? 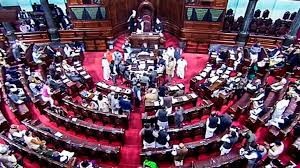 Recently, Rahul Gandhi led his party members and others for a 2-minute silence in the light of the death of farmers who lost their life in the ongoing protest by farmers against the firm laws. Following this, the BJP MP Sanjay Jaiswal and P.P Chaudhary alleged Rahul Gandhi with the claim that he has shown an unparliamentary behaviour and passed the breach of privilege motion against him.

What is Breach of Privilege?

Breach of Privilege means violation of any of the privileges of Members of Parliament (MPs). It includes any action that casts reflections on MPs, parliament or its committees. The actions include publishing any news items or  editorials; any statements made in newspaper or magazine or TV interviews or any statements made in public speeches by the MPs.

How Breach of Privilege is checked?

How the motion is scrutinized?