Former UP and Uttarakhand CM Narayan Datt Tiwari passes away 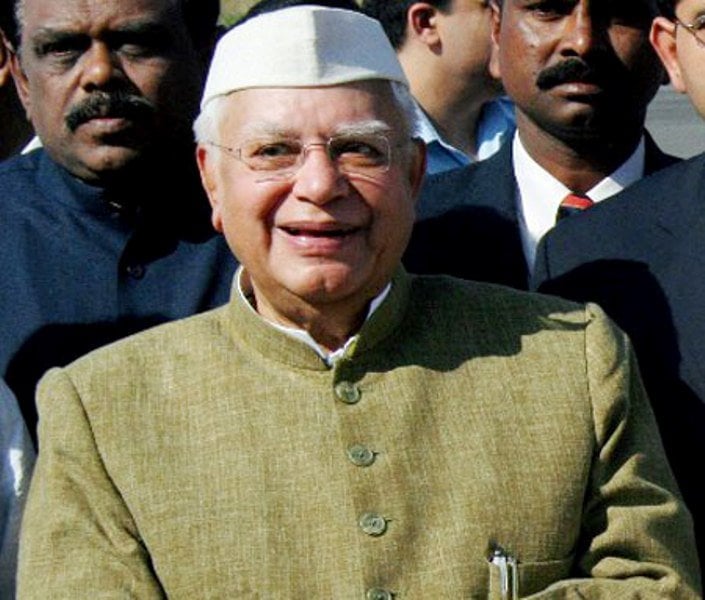 Former Uttar Pradesh and Uttarakhand Chief Minister Narayan Dutt Tiwari passed away in New Delhi. He was 93-year-old. He is only Politician who has served as CM of two states. He was known as Vikas Purush and was instrumental in developing the industrial sector in Uttarakhand.

Born on October 18, 1925 in Baluti, United Provinces in then British India (now in Uttarakhand, India). He was three-time CM of Uttar Pradesh and was first elected CM of Uttarakhand as well. His first stint as UP CM was from January 1976 to April 1977 and then again from August 1984 to September 1985 and from June 1988 to December 1988. He was elected to Lok Sabha in 1980 and Rajya Sabha in 1985.
He was also Union minister and had held a variety of portfolios. He was Union Minister of External Affairs in late Rajiv Gandhi’s cabinet and thereafter he became Minister for Finance and Commerce and held the ministry till June 1988. He was Chief Minister of Uttarakhand from 2002 to 2007 (after Uttarakhand was carved out of UP in November 2000). He also had served as Governor of Andhra Pradesh from 2007 to 2009.
He was first elected to UP Assembly on Praja Samajwadi Party ticket from Nainital in 1952 and 1957. He joined Congress in 1963 and elected to UP Assembly from Kashipur in 1965. He was first president of Youth Congress in 1969. He had floated the All India Indira Congress (Tiwari) in 1995 along with Arjun Singh after he had left Congress. He also had won the Lok Sabha polls in 1996 and 1999.