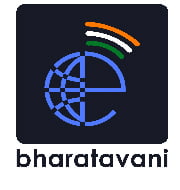 The Union Ministry of Human Resource Development (HRD) has launched the multilingual knowledge portal www.bharatvani.in
It was launched by Union HRD Minister Smriti Zubin Irani at Lucknow, Uttar Pradesh as part of Union Government’s Digital India Mission.
The first knowledge portal of its kind in India will help the government to showcase the Indian culture and heritage to the world.
Key facts about Bharatavani Portal

Besides, Bharatavani Multi-lingual App was also launched which will enable users to search for one language text in another language as well as get meanings in different languages.