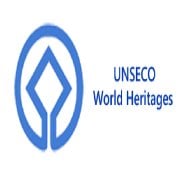 Recently UNESCO under the leadership of Audrey Azoulay, director-general of UNESCO announced the launch of new initiative “Beirut” named on the capital city of Lebanon. The said initiative will revamp the country’s damaged heritage sites and buildings.

4 August 2020 had been the worst day of the year for Lebanese people when a large amount of Ammonium Nitrate stored at the city port exploded. The port had instore around 2,750 tonnes of Ammonium Nitrate for the last six years without any proper safety measure. The devastating explosion caused 181 deaths, 6000 injuries, damages to 640 heritage buildings and left around 3 lakh people homeless. The explosion was such a huge that, it was felt in Turkey, Syria, Israel, and parts of Europe. The Lebanese government had to declare a two-week state of emergency to curb the disaster. The magnitude of the event was even heard in Cyprus, 250 km away from Beirut. United States Geological Survey detected a seismic event of magnitude 3.3, making it one of the most powerful non-nuclear explosions in history.

In addition to UNESCO initiative to support Lebanon, United Nation is also raising $23 million for reeling back education in Beirut. UNESCO has also promised to immediately rehabilitating 40 of the 159 affected schools with funds it has already raised. The recent havoc has impacted around 8,000 structures including 640 cultural heritage buildings out of which approximately 60 are on a verge of collapse if not treated soon.

Formed on 4 November 1945, UNESCO (The United Nations Educational, Scientific and Cultural Organization (UNESCO) is an integral part of the United Nation. With 193 member states, UNESCO aims at promoting world peace and security through international cooperation in education, sciences, and culture.