UK, US call for alternative to China’s BRI 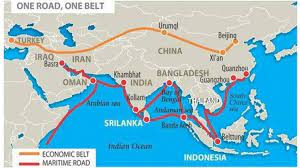 Both the leaders held the discussions over phone. They discussed the issues including COVID-19 and global health security, China, Iran, climate change, and preservation of political stability in Northern Ireland.

United States and its Quad partners namely Australia, India, and Japan had committed in initial days of March, 2021 to launch another initiative between democratic states to provide up to one billion vaccines across South East Asia and Pacific to cover the vaccine shortages. Trump administration in 2019, had also launched an infrastructure scheme called “Blue Dot Network” to vet projects and boost private-sector led infrastructure development in Indo Pacific region. However, this scheme is not set up to directly finance the projects on its own.

It is a global infrastructure development strategy by Chinese government.  Adopted in 2013, with the objective of investing across 70 countries and international organizations. BRI is a centrepiece of Chinese Communist Party general secretary and Xi Jinping’s foreign policy. This initiative was originally announced by Xi Jinping as “Silk Road Economic Belt” in September 2013 during official visit to Kazakhstan. Belt refers to the proposed overland routes for road and rail transportation passing through landlocked Central Asia along the historical trade routes of Western Regions. While, road refers to the “21st Century Maritime Silk Road” or the Indo-Pacific sea routes passing through Southeast Asia, South Asia, Middle East and Africa. This infrastructure project include ports, railroads, roads, skyscrapers, airports, dams and railroad tunnels.