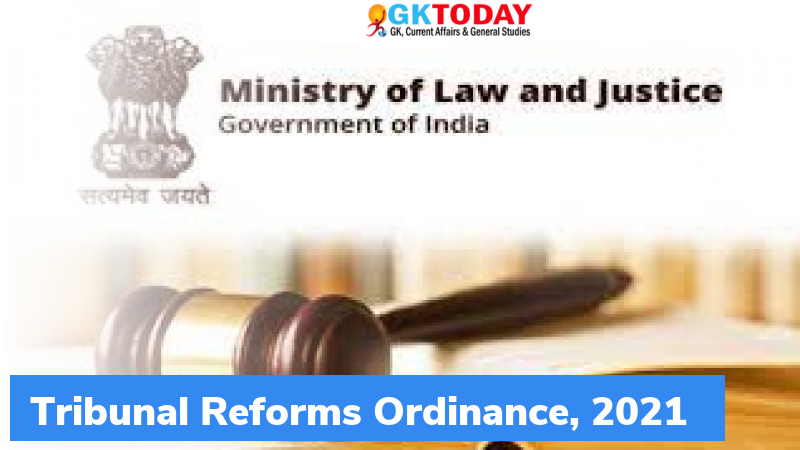 The President of India recently promulgated “The Tribunals Reforms (Rationalisation and conditions of Service)” Ordinance, 2021. It dissolved appellate authorities under nine acts and transferred their functions to high courts.

The ordinance dissolved appellate tribunals under nine acts as follows:

Also, the ordinance said that the chairperson and members of tribunals will be appointed by the Central Government based on the recommendations made by a Search-cum Select Committee. The committee will consist of Chief Justice of India, secretaries nominated by the central governments, secretary of the ministry under which the tribunal is constituted and the outgoing chairperson or a retired CJI or a retired supreme court judge.

The Article 123 of the Indian Constitution provides powers to president to promulgate an ordinance. An ordinance laid under the act has the same effect as that of an act.