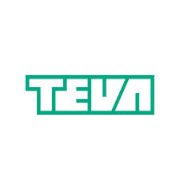 Israel’s largest drug maker Teva Pharmaceutical agreed to buy generic drugs business of Allergan Plc for USD 40.5 billion. According to the agreement Teva will make cash payment of USD 33.75 billion and USD 6.75 billion of its stock for Allergan.
This is the largest acquisition done by any company in Israel’s history. The acquisition will consolidate Teva’s position as world’s largest generic drug maker. Earlier Teva had projected to buy Mylan pharmaceuticals for USD 40 billion but later dropped the deal.
This deal will place Teva into list of the top 10 pharmaceutical companies of the world.

Allergan Plc earlier named as Actavis Plc is an USA based pharmaceutical company headquartered at Dublin, Ireland. It had started its business in 1983. It operates the world’s third largest generics drug business that features more than 1000 generics.
It markets therapeutic products for Aesthetics/Dermatology/Plastic Surgery, Eye Care, Neurosciences/CNS, Women’s Health and Urology and also for Cardiovascular Disease and Infectious Disease.
It has more than 40 manufacturing and distribution facilities around the world. Company’s Botox anti-wrinkle treatment is well known in world. It holds a top 5 leadership position in nearly 20 International markets.

Teva is an Israel based was incorporated 114 years ago in 1901, now it is world’s largest generic drug manufacturing company and stands along the 15 largest pharmaceutical companies in the world.
Teva is well known for its multiple sclerosis treatment drugs ‘Coxaprone’ and Azilect known for treatment of Parkinson’s Diseases.