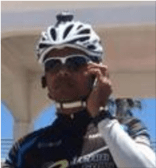 Nashik’s army doctor Srinivas Gokulnath and Nagpur’s doctor Amit Samarth has created history by becoming the first Indians to complete the 4,900-km Race Across America (RAAM) in the solo 18-59 age category.
While Srinivas Gokulnath finished the distance of 4941kms in 11 days and 18 hours, Samarth took 11 days and 21 hours to finish the race. Among the 9 persons who managed to finish the race, Gokulnath stood 7th while Samarth finished at number 8. The race was won by Christoph Strasser.
Srinivas Gokulnath is an aerospace medicine specialist and had participated in the 2016 edition of RAAM. However, he withdrew from the event after covering 2447 km. Gokulnath also has a national record for cycling 4,000km from Leh to Kanyakumari in 16 days in 2014. His feat got into the Limca Book of Records.
Dr Amit Samarth is also a doctor and has a Master’s Degree in Public Health.
In the three decades old history of RAAM, only three Indians had attempted RAAM solo but so far no one was able to finish the event in the solo category.

RAAM is considered as the toughest cycle race in the world. It is about 30 percent longer than the Tour de France and the riders have to pedal over 400 km a day to finish the race in 12 days. The riders are allowed to rest for only a couple of hours a day. Racers have to pedal 2447 km across 12 states and climb over 1,70,000 vertical feet. The route traverses through three major mountain ranges (Sierra, Rocky and Appalachian) and crosses four of America’s longest rivers (Colorado, Mississippi, Missouri and Ohio).