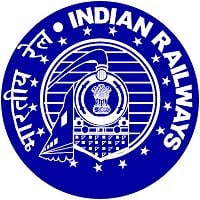 Ministry of Railways has launched SRIJAN (Station Rejuvenation through Joint ActioN), an idea competition for development of 635 railway stations. It was launched on MyGov portal by Indian Railway Stations Development Corporation Limited (IRSDC).

IRSDC has taken up massive redevelopment of around 600 major Railway stations across the country. In this mega exercise, it will take assistance and involve all stakeholders i.e. railway passengers, urban planners, architects, engineers. For this, it has extended pen invitation for developing concept and master plans for redevelopment of stations firms & professionals interested for Station Development. The winners in the SRIJAN competition will get certificates and worthy ideas will be incorporated in the designs.

It is a citizen engagement platform launched by Central Government in 2014 to promote active participation of citizens in country’s governance and development. Its objective is to create common platform for Indian citizens to crowdsource governance ideas from citizens. It allows users (citizens) to discuss and contribute on various government projects and plans. It is hosted and managed by the National Informatics Centre (NIC).