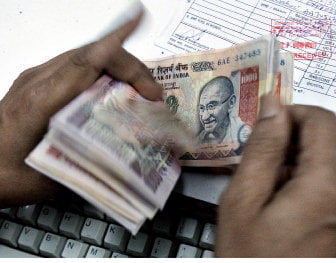 The scheduled commercial banks are those banks which are included in the second schedule of RBI Act 1934 and which carry out the normal business of banking such as accepting deposits, giving out loans and other banking services. The major difference between Scheduled Commercial Banks and Scheduled Cooperative Banks is their holding pattern, since cooperatives are registered under the Cooperative Societies Act as cooperative credit institutions.

Scheduled Commercial Banks can be further divided into four groups:

In 1959, there were eight associates of SBI. The current five associate banks of SBI are:

Is SBI a nationalized Bank?

There are 19 nationalized banks in India as follows:
[one_half]

Further, there are two scheduled commercial banks in India, which have been classified as “other Public Sector Banks”. These are

There are 13 old private sector banks as follows:

Apart from the above, there are two banks which are yet to commence operation. These have obtained ‘in-principle’ licenses from RBI. They are

Regional Rural Banks were started in 1970s due to the fact that even after nationalization, there were cultural issues which made it difficult for commercial banks, even under government ownership, to lend to farmers. Each RRB is owned by three entities with their respective shares as follows:

They are regulated by NABARD. More information on RRBs is here.