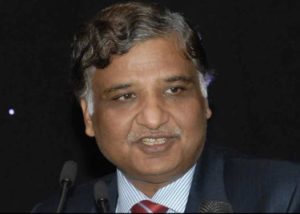 The Appointments Committee of Cabinet (ACC) headed by Prime Minister Narendra Modi approved appointment of senior IPS officer Samant Kumar Goel as Director of  Research and Analysis Wing (RAW), external intelligence of India. He has been appointed for a fixed tenure of two years. He will take charge from Anil K Dhasmana.

He is 1984 batch IPS officer of Punjab cadre. He is at present the Special Secretary in RAW.

He had joined the RAW in 2001 and possesses rich experience in intelligence and operations.

He is instrumental in planning Balakot air strike after Pulwama attack in Jammu and Kashmir and surgical strikes in Uri.

He is recipient of the Police Medals for Gallantry and Meritorious Service.

He is the primary foreign intelligence agency of India. It was established in 1968 following the intelligence failures of India-China and India-Pakistan wars. It is headquartered in New Delhi.

It is under the direct command of Prime Minister and reports on administrative basis to the Cabinet Secretary of India, who in turn reports to the Prime Minister.