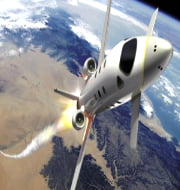 Russia is currently modernizing its military at a very fast pace. The Stealth Bomber is one such advancement. The bomber is the second-generation combat aircraft after Sukhoi Su-57 supersonic fighter jet

The Stealth Bomber has been developed under PAKDA programme. The PAKDA programme is to use latest technologies to reduce its radar signature. This will make Russian weapons and bombers invisible to enemies. The first test flight of PAKDA bomber is to be conducted in 2021-22.

India is one of the largest Defence Partners of Russia

India and Russia signed 14 Memorandums of Understanding in February 2020. This was held during Defexpo 2020. This included production of S400 missiles and production of Kamov helicopters and Kalashnikov rifles.

The active participants in the defence deal included HAL, DRDO, BHEL, etc. The deals are set to cross 16 billion USD. India is to buy Ka-226 helicopters from Russia.