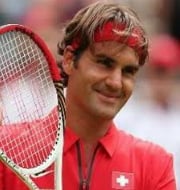 On September 15, 2022, Roger Federer announced his retirement from the international tennis.