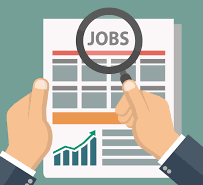 The revamped quarterly employment survey (QES) for the months April-June was released on September 27, 2021 by Labour and Employment Minister Bhupendra Yadav.

As per report, IT/BPO sector witnessed the impressive growth of 152%. Health sector reported the growth of 77%. In education, growth is 39%. In Manufacturing, transport and construction there is a growth of 22%, 68% and 42% respectively.