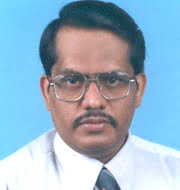 Eminent scientist Dr. Selvin Christopher has been appointed as the Director General (DG) of Defence Research and Development Organisation (DRDO) along with the rank of a secretary.
As a DG of DRDO, he will also severe as Secretary at Department of Defence Research and Development (DDR&D) for a period of 2 years from the date of taking over the charge.

Apart from this, renowned scientist GS Reddy has been appointed as the Scientific Adviser to the Defence Minister with tenure of two year.
Presently, Mr. Reddy is Director of Research Centre Imarat (RCI) and Programme Director of Medium Range Surface to Air Missile (MRSAM) in the DRDO.