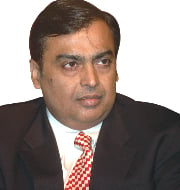 The Securities and Exchange Board of India (SEBI) recently fined the Reliance Industries Limited and its Managing Director Mukesh Ambani. SEBI also fined two other entities. The fine was imposed for carrying out manipulative trade in Reliance Petroleum Limited.

What was the fine imposed on Reliance by SEBI?

SEBI imposed Rs 25 crores on Reliance India Limited and Rs 15 crores on its Managing Director Mukesh Ambani. Besides Reliance, the Mumbai Special Economic Zone (SEZ) and Navi Mumbai SEZ have been ordered to pay a fine of Rs 10 crores and Rs 20 crores respectively.

Why was the fine imposed on Reliance by SEBI?

The fine was imposed on Reliance India Limited because the company violated the Prohibition of Fraudulent and Unfair Trade Practices (PFUTP).

Later RIL sold 4.1% its stake in RPL. This brought down the prices of the shares. Eventually RIL won its bets making huge profits.

The bets were placed before starting to sell the shares of RPG in the share market. Technically shares were first sold in future market and then in spot market.

What are the accusations of SEBI in simple words?

In simple words, bets were first placed and later actions were carried out accordingly to win the bet. This is unjust according to PFUTP as the other shareholders are losing fraudulently and at the benefit of RIL.

What is Manipulative Trading?

The actions of the RIL in the case of RPL is called Manipulative Trading. It refers to artificially inflating or deflating the shares in the market. It also refers to influencing the behaviour of the market for personal gain.