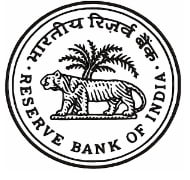 On June 6, 2018, the six members Monetary Policy Committee (MPC) of RBI has decided to hike Repo (short term lending rate) to 6.25% from 6.00%. As per the second Bi-monthly Monetary Policy Statement, the current policy rates of RBI would be as follows:

The recent rise of 25 basis points in key policy rates is for the first time in four and half years since NDA government was formed in May, 2014.

Repo rate, or repurchase rate, is the rate at which RBI lends to banks for short periods. This is done by RBI buying government bonds from banks with an agreement to sell them back at a fixed rate. When RBI increases Repo Rate, the banks can borrow less at a lower cost and thus need to lend at higher rates. This contributes to hike of the interest rates in markets. When RBI increases the repo rate, the move is generally called a tight monetary policy stance.

Reverse repo rate is the rate of interest at which the RBI borrows funds from other banks in the short term. This is done by RBI selling government bonds / securities to banks with the commitment to buy them back at a future date. The banks use the reverse repo facility to deposit their short-term excess funds with the RBI and earn interest on it. RBI can reduce liquidity in the banking system by increasing the rate at which it borrows from banks. Hiking the repo and reverse repo rate ends up reducing the liquidity and pushes up interest rates.
When the RBI increases the Reverse Repo, it means that now the RBI will provide extra interest on the money which it borrows from the banks. An increase in reverse repo rate means that banks earn higher returns by lending to RBI. This indicates a hike in the deposit rates.

Marginal Standing Facility is a new Liquidity Adjustment Facility (LAF) window created by Reserve Bank of India in 2011.  MSF is the rate at which the banks are able to borrow overnight funds from RBI against the approved government securities. The rate of interest on MSF is above 100 bps above the Repo Rate.  The banks can borrow up to 1 percent of their net demand and time liabilities (NDTL) from this facility.