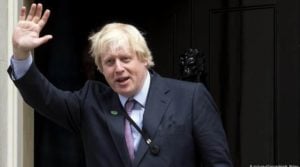 The British Government also mentioned that, a British aircraft will be deployed in the region in light of the visit of Prime Minister. During the visit, the British government will look towards boosting the United Kingdom’s opportunities and countering the influence of China in the Indo-Pacific region. The government also called the Indo-Pacific region as the geopolitical centre of the world.

The British Prime Minister will visit India in a big to strengthen India-UK ties and counter China. He also aims to increase the focus on position of the United Kingdom in the world.

The ties between the UK and China have stressed out because of issues like COVID-19 pandemic and controversial Hong Kong national security law. The relation was further tensed after Britain denied China’s active role in the Britain’s 5G network. This relation is expected to further move to a negative trajectory because of deployment of British aircraft called “Queen Elizabeth aircraft carrier” in the South China Sea.

The UK highlighted that, the government will lay down the post-Brexit defence and foreign policy priorities of the country with the objective of expanding its influence in Indo-Pacific region. It also seeks to preserve its strong relations with United States. The statement from the government also enlisted that defence of democracy, human rights and safety from the terrorism are the fundamental components of the foreign policy of UK. The statement also highlighted the importance of United Stated and sought to establish the trade deal with it.