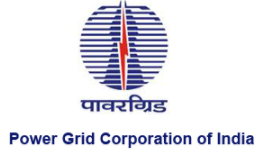 The central PSU named Power Grid Corporation of India has established an e-Tendering Portal called PRANIT. This portal will help in maintaining the less paperwork, ease of operation and making the tendering process more transparent. The portal has been certified by the Standardisation, Testing and Quality Certification Directorate (STQC) under the Ministry of Electronics and Information Technology. The POWERGRID is the only organization in India which have an e Procurement solution on the SAP Supplier Relationship Management which also comply with all the applicable requirements related to the security and transparency.

It is an Indian central public sector unit and a Maharatna company. The company is owned by Ministry of Power. It is headquartered in Gurugram, India. The company is engaged mainly in the Transmission of Power. The company transmits around 50 percent of the total power generated across India through its transmission network. The former subsidiary company of the POWERGRID called “Power System Operation Corporation Limited (POSOCO)” is engaged in the power management for the National Grid and all state transmission utilities. The company also operates the telecom business called POWERTEL. The current chairman and managing director of the company is Shri Kandikuppa Sreekant.