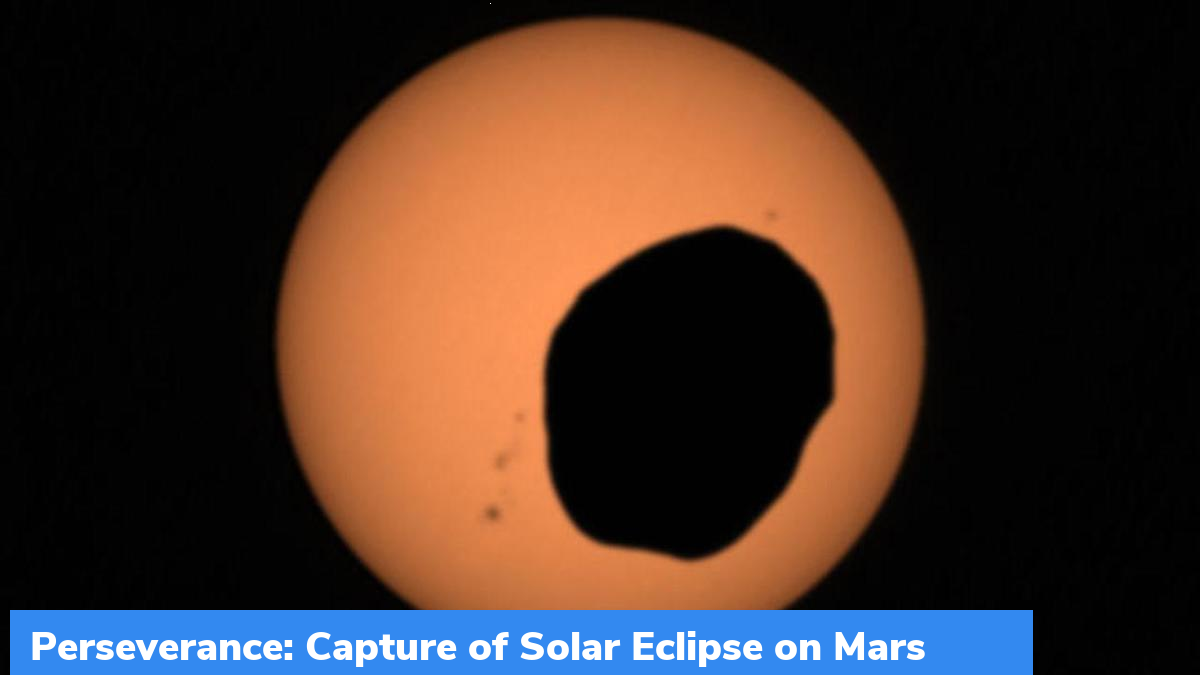 The Perseverance Mars rover of NASA has captured a video of an eclipse on Phobos, one of the two moons of Mars.

Objectives of the Perseverance Rover

One of the main objectives of this rover is to look for signs of ancient microbial life on the planet Mars. The rover is analyzing and studying Mars’ rock, regolith, and dust. It is also the first rover that is collecting and caching samples.

The first audio recordings on the Red Planet have revealed a quiet planet having occasional wind gusts where two different sound speeds are having a delayed effect on hearing. After Perseverance landed on Mars in February 2021, the two microphones attached to the rover started recording. This allowed the scientists to hear what it is like on Mars. In a study that was published in the Nature journal, the scientists analyzed five hours of sound picked up by the microphones of the rover. Previously unknown turbulence on the Red Planet was revealed by the audio.