One Year after the Decriminalisation of Article 377 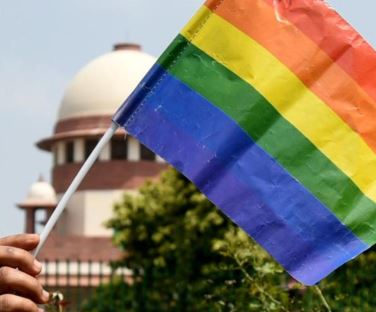 Section 377 of IPC which criminalises homosexuality was introduced in the ear 1861 during the colonial rule. It refers to unnatural offences’ and says whoever voluntarily has carnal intercourse against the order of nature with any man, woman or animal, shall be punished with imprisonment for life.

The Supreme Court in September 2018 decriminalized sexual relations between consenting homosexual adults. In a historic judgment, the SC thrusted diversity and pluralism into the centre stage of India’s public discourse.

The verdict of the SC not only did it strike down a 158-year-old controversial legal provision of section 377 and legitimized same-sex relationships. It also signalled an end to prejudice, which it argued has bedevilled India.

The judgment marked the first step towards the long-drawn battle for social legitimacy by the lesbian, gay, bisexual, transgender and queer (LGBTQ+) community. Other issues such as same-sex marriage, the inheritance of property and civil rights are yet to receive a legal sanction.

Transgender persons still face a number of legal barriers and face discrimination, exclusion, abuse and harassment at work, school, health care settings and in public places. One reason for this is that India still does not have equality and an anti-discrimination statute that would protect persons from discrimination on different protected grounds. The only statute which is close is the Rights of Persons with Disabilities Act, 2016. But this only addresses discrimination against persons with disabilities in the public sector and does not address the private sector.

The proposed Transgender Persons (Protection of Rights) Bill, 2019 addresses only transgender and intersex persons’ rights and the rights of equality and non-discrimination on the ground of sexual orientation are not covered under this Bill. This is severe criticism of this Bill.

Need a Law of Equality

The need of the hour is overarching legislation which guarantees equality to all persons irrespective of sexual orientation, gender identity and expression, sex, caste, religion, age, disability, marital status, pregnancy, nationality and other grounds.

The law must also impose obligations of equality and non-discrimination on all persons, public and private, and in the areas of education, employment, healthcare, land and housing and access to public places.

The law to be effective must provide for civil remedies including injunctions to stop discriminatory behaviour, costs and damages, and positive action to make reparations.

It has to be kept in mind that equality and liberty cannot be separated, and equality encompasses the inclusion of dignity and basic freedoms. The equality law must not only address discrimination against individuals, it must also address structural forms of discrimination and exclusion.