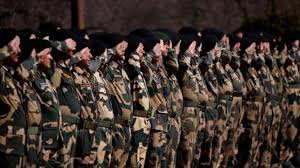 On November 7, 2020, Prime Minister Narendra Modi announced that the one rank one pension scheme of armed forces has completed 5 years of successful journey. The Government of India has disbursed Rs 42,700 crores to more than 20.6 lakh ex-servicemen in the last five years.

Currently uniform pension is given to the retiring defence personnel irrespective of their rank and the length of service. This is 50% of their last drawn salary. The Armed personnel who retired on or after June 30, 2014 are covered under the scheme.

One rank One pension

Under the scheme every retired personnel of the Indian Army will be getting the same amount of pension irrespective of the date he retires. The scheme was in practice since 1947. After 26 years, in 1973e-, the Indira Gandhi government terminated the scheme. Again the scheme was introduced in 2008 and ran till 2014.

The concept of rank pay was introduced in 1986. The system affected thousands of retired officers of all the three-armed forces. It was recommended by the fourth Central Pay Commission.

The committee submitted its report in 2011. It was a 10 member committee formed under the chairmanship of Bhagat Singh koshyari. The committee defined One Rank One Pension as a uniform pension to be paid to the armed forces personnel who are retiring in the same rank with same length of service. This is irrespective of their date of retirement.

The main concerns of the veterans is around the premature retirees. The one rank one pension system grants revision every five years. However, the veteran wanted to be revised every one to two years.

Usually the Jawan retire at the age of 35 and a civilian can continue in service till 60. There are possibilities that the other uniformed personnel such as the state police forces and the Paramilitary forces will demand for one rank one pension system.