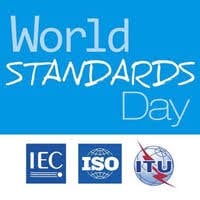 14th October is observed as the World Standards Day.

World Standards Day commemorates the day in 1946, when representatives from 25 countries agreed to set up the International Organization for Standardization – an international body to promote global standards. The ISO officially started operations from February 23, 1947. World Standards Day was observed for the first time on October 14, 1970. This day was inaugurated by Faruk Sunter, the former President of the ISO.

Standardization of units of measurements, technology and equipment is critical in the age of globalization. It plays a major role in facilitating international trade and removing technical hurdles. It increases access to global market, promotes innovation, international collaboration, increases efficiency and minimises wastages. It also ensures the creation of a better world by building smart cities based on international standards.

About International Organization for Standardization