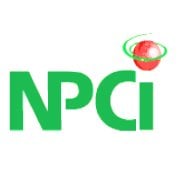 The National Payments Corporation of India (NPCI) has given a nod to Spice Digital Ltd. for processing bill payments under the Bharat Bill Payment System (BBPS) as a Bharat Bill Payment Operating Unit (BBPOU).
Spice Money Ltd, a fintech company had received an in-principle approval to set-up as a BBPOU under the Payment and Settlement Systems Act, 2007 in May 2016. In August 2016, NPCI had launched a pilot project for BBPS with eight BBPS operating unit, Spice Digital was one of them

Bill payments is a major component of the retail payment transactions in India. It is characterized by the presence of large number of billers and aggregators who provide a variety of payment options to customers. According to the Digital Payments 2020 report by Google and Boston Consulting Group, cashless payments contribution in the consumer payments segment will double to 40%.

BBPS is an integrated bill payment system offering interoperable and accessible bill payment service to customers through a network of agents, enabling multiple payment modes and providing instant confirmation of payment. The BBPS initiative aims to provide a major push to digital payments as it is a big step forward in formalizing the bill payment system in the country.
Under the BBPS framework, a customer will be able to pay several bills such as electricity, telephone, water, gas, and DTH television at a single location—physical or electronic—and receive instant confirmation once the payment is made.

NPCI is the umbrella organisation for all retail payments system in India. It is being promoted the Reserve Bank of India. It was founded in 2008 as a not-for-profit organisation registered under section 25 of the Companies Act, 2013.