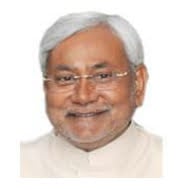 Bihar Chief Minister Nitish Kumar resigned from his post by submitting his resignation to Governor Keshri Nath Tripathi. Governor has accepted his resignation and asked him to continue as caretaker CM.
The sudden development throws the politics of Bihar into chaos with no party having a majority in the 243-member Assembly. JD(U) has 71 seats, while RJD headed by father Lalu Prasad has 80. The opposition BJP has 53.
It also has big blow to the ruling Bihar Mahagathbandhan comprising JD(U), RJD and Congress. It will also have a big repercussion on the national politics.

In the 2015 Bihar state assembly elections, Grand Alliance or Mahagathbandhan comprising of RJD, JDU and Congress (INC) had emerged victorious in by winning 178 seats of total 243 assembly seats. Nitish Kumar was chosen as the Chief Minister of the coalition government. However, the his recent irreconcilable differences with ally Rashtriya Janata Dal (RJD) on the issue of corruption charges against his deputy CM Tejashwi Prasad Yadav led to collapse of the coalition.

He was born on 1st March 1951 in Bakhtiarpur District of Bihar. He had started his political career by taking part in the mass movement led by Jayaprakash Narayan between 1974 and 1977. Kumar was elected to Bihar legislative assembly for first time in 1985.
He was elected to Lok Sabha for 4 consecutive times, first in 1989 than in 1991, 1996 and 1998. In 1990, for a brief stint he had served as Union Minister of Agriculture. In 1998-99, he had served as Union Minister for Railways and Surface Transport and Minister for Agriculture.  He also had served as Union Cabinet Minister for Railways in the NDA Government led Atal Bihari Vajpayee from 2001-2004.
In 2000, he was made CM of Bihar for first time but had resigned within 7 days. In 2005 for second time he was sworn in as the CM of Bihar and for third time in 2010. For fourth time he was sworn-in as CM in February 2015 till November 2015 state Assembly election. He was again elected for fifth term and was in office from February 2015 to July 2017.