National Productivity Council study: Fertilizer use reduced by 10% with the use of soil cards 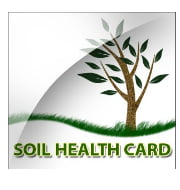 The study conducted by the National Productivity Council has reported that the use of soil cards has reduced the fertilizer use by 10% in the country. The study also reported that the productivity has increased by 5-6% due to soil card. This is mainly because the soil card scheme aims at addressing the issue of declining soil nutrient.

The Soil Health Card Scheme was launched by the Modi Government in 2014-15 in order to address the issue of declining soil nutrients. In 2015-17, the scheme distributed 10.74 crores of soil health cards. Between 2017 and 2019, 11.69 crores of cards have been distributed.

In the Fiscal year 2019, the scheme of Development of Model Villages is being implemented. The scheme aims at sampling and testing of cultivable soil. The scheme has so far distributed 13.53 lakh soil health cards in the year 2019-20. It has established soil health laboratories