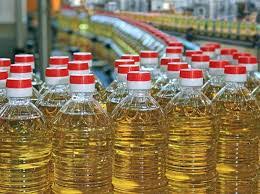 The Ministry of Agriculture has proposed for the National Mission for Edible Oil in order to increase the domestic availability and reduce the import dependency. The mission has been proposed for next five years in the span of 2020-21 to 2024-25.

The NMEO comprises of the three Sub-Missions into it with the objective of increasing the production of oilseeds and edible oils from the three sources:

Aim of the Mission

In India, the major challenges associated with the oilseed production are:

In India, there is a requirement of 25 million tonnes of edible oils so as to meet the requirement of current consumption level of 19 kg per person annually. Out of these, 10.50 million tonnes are produced domestically from primary sources like Soybean, Groundnut, Rapeseed & Mustard, Niger, Sunflower, & Safflower and the secondary sources like Coconut, Oil palm, Rice Bran, Cotton seeds & Tree Borne Oilseeds.  The 60%, of the requirement is met by the import. Though, the production of oilseeds is increasing rapidly but there exists a gap between the demand and supply of oilseeds. This is increased the dependency on imports.