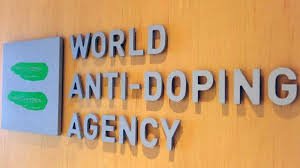 The World Anti-Doping Agency (WADA) has taken the decision to extend the suspension of accreditation of the National Dope Testing Laboratory (NDTL) in New Delhi for a period of another six months. The first six-month ban on the national doping laboratory had been imposed in August 2019, on account of non-compliance with the International Standard for Laboratories. This was detected during the site visit by WADA.

The last ban ended in February 2020 but all the issues were not addressed and that is why the Laboratory Expert Group of WADA has recommended further punitive action against NDTL, for the outstanding non-conformities. These proceedings have been carried out by an independent Disciplinary Committee of the World Body.

The National Dope Testing Laboratory can now file an appeal within 21 days at the Court of Arbitration for Sport.

Due to the suspension imposed by WADA, NDTL has been prohibited from carrying out any anti-doping activities, including all analyses of urine and blood samples, during the period of the next six months. However, if the laboratory is able to address the concerns, it may appeal for reinstatement before the expiry of the ban duration to the Expert Group of WADA. But if the anomalies are not addresses, the suspension can be extended for a period of another six months in addition to the current period of the ban.

ILAC started as a conference in 1977 with the sole objective of developing international cooperation for facilitating trade by promotion of the acceptance of accredited test and calibration results. It became formal cooperation in 1996 with the charter to establish a network of mutual recognition agreements among the accreditation bodies.

This is a voluntary organization consisting of representatives from various national standard organizations. Established in 1947, it is based in Geneva, Switzerland. The organization is tasked with the promotion of proprietary, industrial and commercial standards all over the world in 164 member countries of the institution.