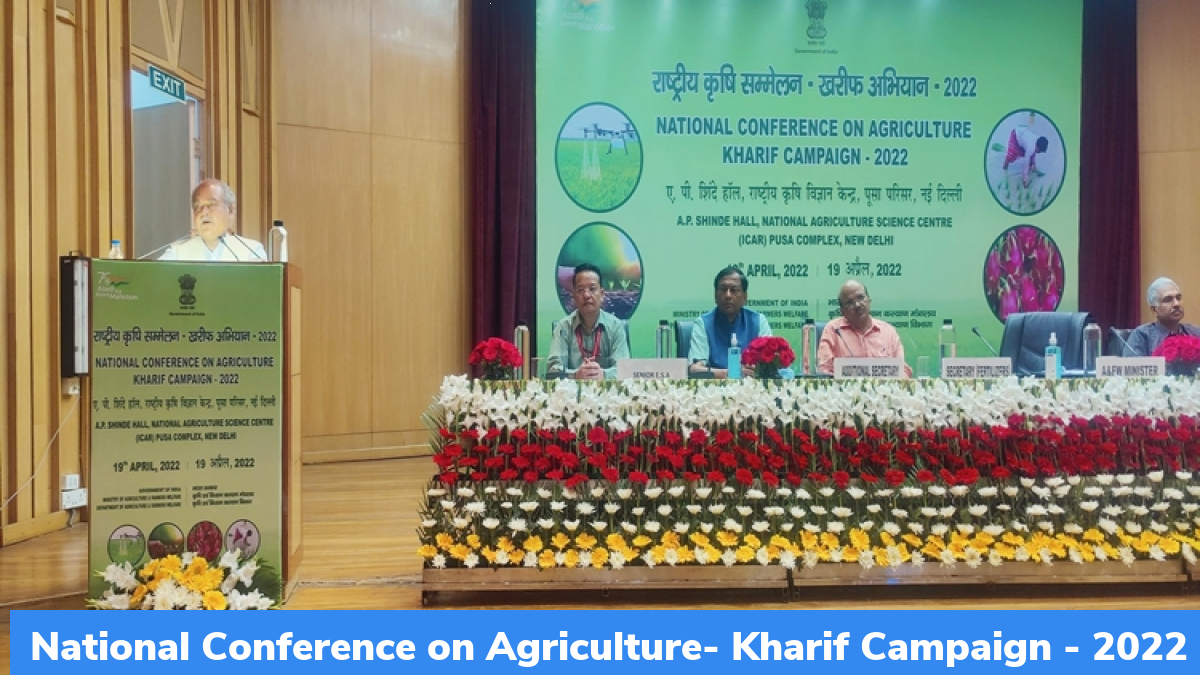 The National Conference on Agriculture for Kharif Campaign 2022-23 has been inaugurated by Union Agriculture Minister, Narendra Singh Tomar at the NASC Complex, New Delhi. As per the 2nd Advance Estimates (2021-22), the country’s total production of foodgrains is estimated at 3160 lakh tonnes which is an all-time record.

The objective of this conference

National targets have also been set by the conference. For the year 2022-23, the target for total food grain production has been set at 3280 lakh tonnes as compared to the 3160 lakh tonnes during the current year. The target for production of pulses and oilseeds has been fixed at 295.5 and 413.4 lakh tonnes respectively in 2022-23. Also, the Nutri-cereals production has to be increased to 205.0 lakh tonnes in 2022-23 from 115.3 in 2021-22. In low yielding regions, the strategy would be to increase area through intercropping and crop diversification, while increasing productivity through the introduction of HYVs and the adoption of appropriate agronomic methods.