Museum on Subhash Chandra Bose to be set up in Kolkata 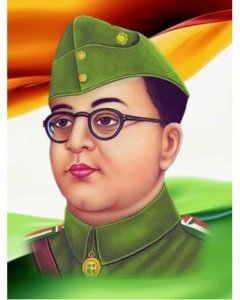 The Government of India is to open a museum on Netaji Subhash Chandra Bose on January 23, 2022. The museum is to be set up in Kolkata. The museum is to be inaugurated on the 125th birth anniversary of Netaji. The Government of India is also planning to reprint some of the books written by Netaji. The Netaji museum in New Delhi is also to be expanded.

About the museum in New Delhi

The museum in New Delhi is digitised and is spread over three floors. The museum depicts the contributions of the legend since his childhood. The museum has also documented the role of INA, battles fought, awakening it created and its popularity in the country. The museum highlights the role of the people of Indian origin, especially in South East Asia and their contributions to the Indian National Army. It also depicts the secret operation of Colonel Amrik Singh Gill and four others who landed by submarine at Konark temple to establish their INA secret centres in India.

The museum has been established in Red Fort as it is from this place; the soldiers of the Indian National Army were court martialled by the British.

All the four barracks of the Red Fort have been converted into museums. Apart from the museum on Subhash Chandra Bose, three more museums are to come up. They will be on Jallianwala Bagh Massacre, 1857 revolt and contemporary paintings.

The Red Fort is managed by the Archaeological Survey of India. The ASI is responsible for the protection of Indian cultural properties and national heritage sites. Around five thousand to six thousand tourists visit Red Fort every day. This can go up to ten thousand during public holidays and weekends.