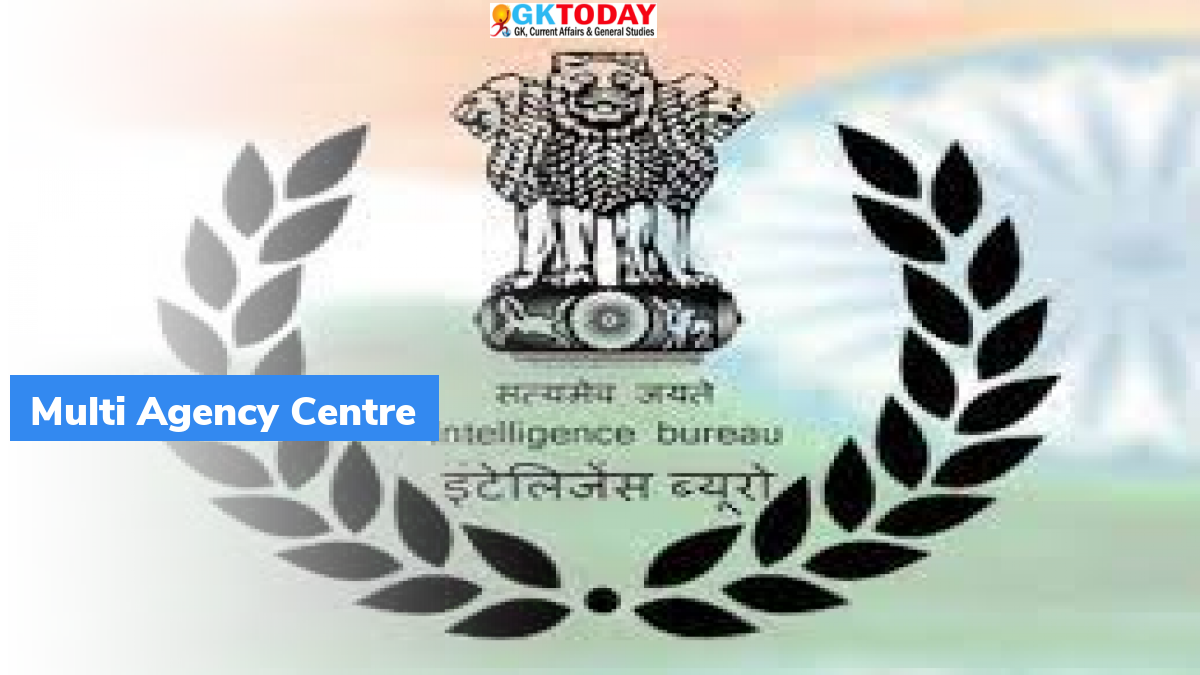 The Multi Agency Centre (MAC) was formed to share intelligence inputs. It was formed after the Kargil war. The Intelligence Bureau (IB) was the nodal agency in creating the centre.

More than 28 national and state organizations are part of MAC. This includes Research and Analysis Wing (RAW), state polices and armed forces. There are more than four hundred sites connected with MAC headquarters. It is a common counter terrorism grid operating under the IB.

All the states have SMAC located at their capitals. SMAC is Subsidiary MAC.

Information sharing between centre and states

The contribution made by the state agencies towards MAC is less. That is information shared by the state agencies is far less as compared to that of the central agencies.  In order to address this issue, in January 2022, the Central Government recently asked the State Governments to share the intelligence outputs through the Multi Agency Centres. This has been made compulsory. The order was issued by the Ministry of Home Affairs. Though MAC has military links, it operates under Home Ministry.

The Central Government is looking for options to extend the SMAC connectivity to districts. This is being carried out by IB. The IB is choosing districts in a phased manner.

It was formed over the Kargil intrusion. The creation of MAC was suggested by Kargil Review Committee. It was created based on the UN CIC. CIC is Central Intelligence Agency.

No. The National Memory Bank has interrogation reports data. It mainly focuses on terrorism in and around Jammu and Kashmir. The State Polices are allowed to access and share data in the National Memory Bank. However, such institutions should have authorised permission to access the information. The Memory bank was established during UPA times. It was set up to share intelligence inputs after 26/11 attacks.