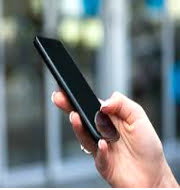 The Minister for Electronics and IT, Ravi Shankar Prasad, in a written reply to Rajya Sabha has said that; India has developed its first indigenously developed App Store called “Mobile Seva Appstore”. The app store hosts some 965 live apps of several domains and categories of public services. This Indian App Store will be available for free of cost in the initial phases.

The minister further highlighted that, while the government is encouraging the private players to host apps, it is also showing its interest to develop and strengthen its own mobile app store. This reply was given by the minister on the question, whether absence of India’s own digital store and its dependence on external app stores of Google and Apple is creating problems for the India’s digital ecosystem or the ministry is considering having its own digital store for self-reliance.

The minister also informed that, India is the largest user of mobile apps. Further, as per India App Market Statistics report 2021, around 5 percent of the apps on Android belongs to the Indian Apps developers.

It is an innovative initiative which has been launched by Ministry of Electronics and Information Technology (MeitY). It is implemented by Centre for Development of Advanced Computing (CDAC). It seeks to enable all the central, state and local government departments and agencies to deliver their services using the channels of mobile like SMS, USSD, IVRS, Mobile Applications and AppStore. It is a centrally hosted cloud based mobile platform which allows to offer services through mobile devices across India.

It is a mobile application hosting platform which is owned by the government of India. The App Store has been created to provide a hosting platform for the Indian mobile application developers. It will be based upon service-oriented architecture and cloud-based technologies. It is India’s first indigenously developed App Store of which the Central, State and UT Ministries and Departments are already part of. On the platform, the government Department or the private Developers can host their mobile application for the delivery of the government and other public services related to health, education, agriculture, online payments, financial, electoral services, social welfare, transport, food and energy.