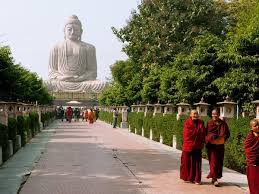 The Minorities Rights Day was celebrated by the National Commission for Minorities in India in order to focus religious harmony and better understanding of the minority communities in the country.

On December 18, 1992, the United Nations adopted the Individual’s rights belonging to religious, linguistic and religious minorities. The organization also stated that it is the responsibility of the state to improve minority conditions and create awareness about their linguistic, national, cultural and religious identity.

The Minority Day Programme was organized by the National Commission for minorities in New Delhi. The Union Ministry of Minority Affairs Mukhtar Abbas Naqvi addresses the programme. At the programme the ministry announced that more than 8 lakh people belonging to minority community have so far benefitted from the GoI schemes such as Nai Manzil, Gharib Nawaz Employment Scheme, Nai Raushni, Seekho aur Kamao, etc.

Miss Irmim Shamim, the first Gujjar woman of J&K to qualify medical studies at AIIMS was also felicitated at the programme

The commission was established under the National Commission for Minorities act, 1992. The act notifies 5 religious communities namely Christians, Muslims, Sikhs, Zoroastrians and Buddhists under the act. In 2014, Jains were added to the list. The major function of the commission is to protect the interests of the minorities.