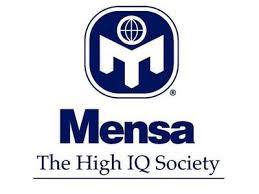 Indian-origin boy Mehul Garg (10) in United Kingdom became youngest applicant in decade to achieve highest score in Mensa IQ test, beating geniuses like Albert Einstein and Stephen Hawking. He scored maximum score of 162 to become a member of Mensa. His score is two points higher than Einstein and Hawking.
Mehul Garg is from Reading Boys Grammar School in Reading, southern England. He can solve Rubik’s Cube in 100 seconds. He has been shortlisted for ‘Child Genius 2018’ show on Channel 4.

Mensa is the largest and oldest high IQ society in the world. It is non-profit organization open to people who score at 98th percentile or higher on standardized, supervised IQ or other approved intelligence test.
Its mission is to identify and foster human intelligence for benefit of humanity, encourage research into nature, characteristics, and uses of intelligence and provide stimulating intellectual and social environment for its members. It was established in October 1946 and is headquartered in Lincolnshire, England. So far it has 134000 members.