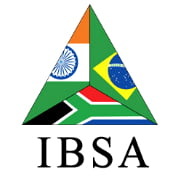 On September 16, 2020, External Affairs Minister Dr S. Jaishankar, chaired the customary meeting of IBSA Foreign Ministers through video conferencing. The ministers adopted the IBSA Joint Ministerial Statement on the Reform of the UN Security Council which will be a common endeavour of the Global South.

The consensus, which was agreed by African Unions, calls for having a representative and democratic security council where Africa shall be represented just like other regions of the world.

The Sirte Declaration was made with an objective to establish African Union and to create African Court of Justice, African Central Bank, African Economic Community and Pan-African Parliament.

The African union was founded in 2001 in Addis Ababa. It comprises 55 member states. The union aims to achieve greater unity among the African countries and to promote and defend social economic integration.