Madhukar Kamath elected chairman of the Audit Bureau of Circulations 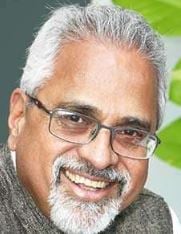 Madhukar Kamath has been unanimously elected as chairman of the Audit Bureau of Circulations (ABC) for 2019-20. Devendra V Darda was elected as managing director.

Madhukar Kamath is the chairman emeritus of advertising firm DDB Mudra Group. He has over four decades of experience in advertising and marketing services.

Earlier he had served as chairman of brand consultancy Interbrand and has led several industry bodies. Kamath has also been president of Advertising Agencies Association of India, chairman of The Advertising Standards Council of India and chairman of Mudra Foundation.

ABC is a not-for-profit, voluntary organisation consisting of publishers, advertisers and advertising agencies as members. It was founded in 1948.

The main function of ABC is to evolve, lay down a standard and uniform audit procedure by which a publisher will compute its Qualifying copies. The circulation figure so determined is checked and verified by a firm of chartered accountants which are empanelled by the Bureau.

The Bureau issues ABC certificates every six months to those publisher members whose circulation figures conform to the rules and regulations as set out by the Bureau. Certification of circulation by an independent body is an important tool and critical to the advertising business community.