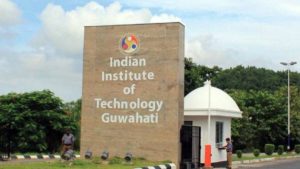 The researchers from IIT Guwahati developed a low-cost method to produce anti-ageing compounds. The compound has been developed from a wide range of agricultural resources such as pulses, tea, berries, orange peels, parsley, onion and sea buckthorn.

The product does not use organic solvents as done by the other commercial industry. This is the main reason for the low cost of the anti-ageing product.

The scientists used size-based pressure driven membrane separation process. The extracts of the plants or fruits are passed through fabricated membranes. These membranes are capable of separating selected flavonoids. The retentive part is then fridge dried to get a powdered product. A stimuli responsive smart membrane for selective separation of targete compound has also been synthesized.

Legislation on Cosmetics in India

The Drugs and Cosmetics Act, 1940 defines Cosmetics as “a product that is rubbed, sprinkled or sprayed on or applied to human body for beautifying, cleansing, altering the appearance or promoting attractiveness”.

An imported cosmetic product can be sold in the Indian market only if it is approved by the Central Drugs Standard Control Organization. This is done online through SUGAM portal. Indian products can also be registered in the portal. The portal is operated by CDSCO under Ministry of Health and Family Welfare.