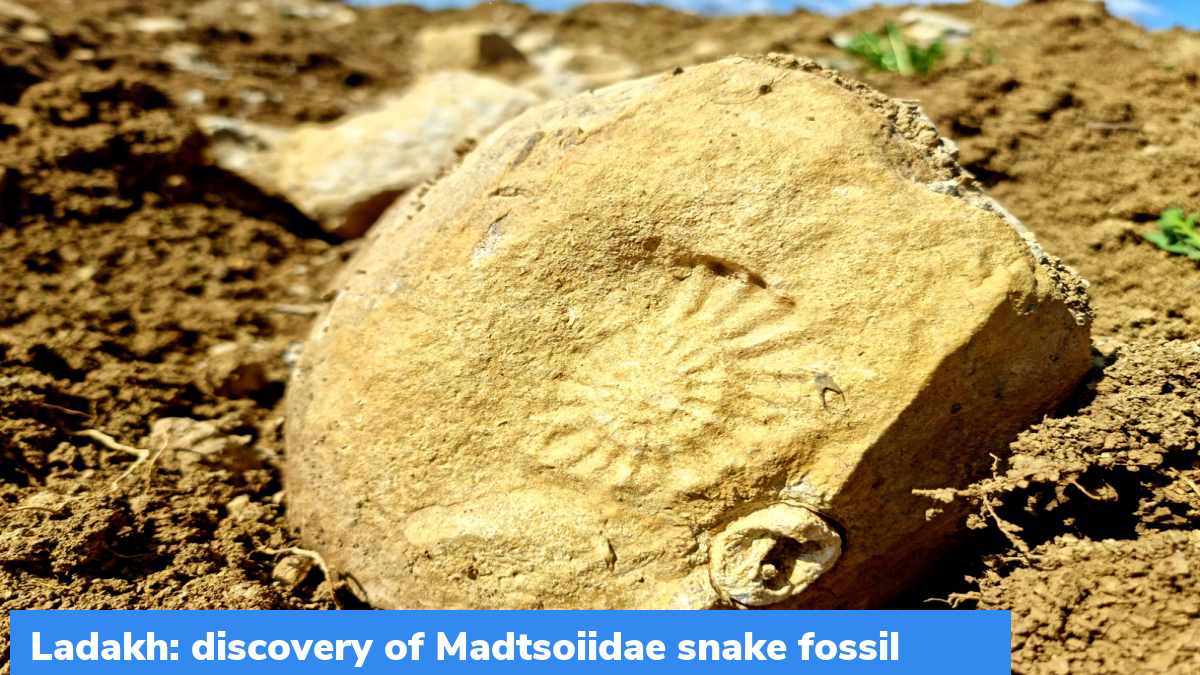 The fossil of a Madtsoiidae snake was recently discovered in the mountains of Ladakh.

Why the discovery is significant?

The recent discovery throws light on the existence of the Madtsoiidae snake, a rare species of snake, in the subcontinent. Researchers reported for the first time a Madtsoiidae snake from the late Oligocene period in India. Thus, it shows that this species continued to exist in the sub-continent for a much longer time than previously believed. The global climatic shifts during the Eocene-Oligocene boundary did not cause the extinction of this species in India.

Which institutes were involved in the study?

Where is the discovered specimen placed?

The recently discovered specimen of the Madtsoiidae snake is kept in the repository of the Wadia Institute of Himalayan Geology (Dehradun), an autonomous institute of the Department of Science and Technology.

Where is the research published?

The research is published in the Journal of Vertebrate Paleontology.

What is a Madtsoiidae snake?

It is an extinct group of snakes, which grows up to 30 feet in length. They first appeared during the later part of the Cretaceous period.

Where were the Madtsoiidae snakes found?

They were mainly found in the Gondwanan landmasses (Africa, South America, Australia, Antarctica, the Indian subcontinent, and the Arabian Peninsula).

When did the Madtsoiidae snake become extinct?

Madtsoiidae snake disappeared in the mid-Paleogene period across most Gondwanan landmasses except for Australia. In Australia, it continued to exist till late Pleistocene period.