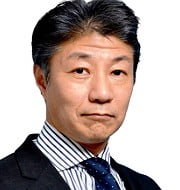 Katsushi Inoue on 30 March 2015 was appointed as President & Chief Executive Officer (CEO) of Honda Cars India Ltd (HCIL).
He will assume charge on 1 April 2015 and succeed Hironori Kanayama who is due to retire.
Inoue was associated with Honda Motor Co for past 29 years. In his last assignment he was serving as General Manager in Marketing Planning office in Japan headquarters.
He also had worked with various Honda ventures in different markets across the globe, including Japan, Thailand, Malaysia, the UK, Poland and Germany.
Apart from this appointment, HCIL also appointed Hiroyuki Shimizu as new senior vice president & director, marketing & sales.
Shimizu has been associated with HCIL for over 25 years. In his last assignment, he had served as Director and Vice President in Honda Automobile (Thailand) Co Ltd.
He had started his career in 1990 with Honda and has experience in product planning, marketing and sales.