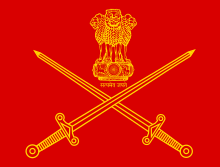 On January 15, 2020, India celebrated its 72nd Army Day. It is being celebrated every year to honour soldiers who sacrificed their lives for the country. The Army Day Parade was held at the Parade Ground in Delhi Cantonment as a part of the celebrations. It is important to remember such great soldiers as they serve with the motto “Service before Self”

On January 15, the first General of Indian Army General K M Cariappa took charge in 1949. The transfer of power from British to India is being celebrated on the day in the form of parades. The power was transferred to Mr Cariappa from the last British General Bucher.

The parade was held at the Parade Ground of Delhi Cantonment. The Parade Ground was also named after him and is called Cariappa Ground. Gallantry awards were distributed on the occasion.

General Cariappa retired on January 14, 1953. His retirement day is being celebrated as Armed Forces Veterans Day every year