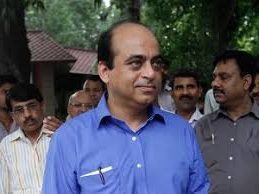 He is 1984 batch Indian Administrative Service (IAS) officer. Prior to this appointment he was Additional Secretary, Ministry of Agriculture. Earlier he had also served as chairman of New Delhi Municipal Corporation (NDMC) and Principal Secretary, Department of VAT, Delhi government. He is credited with launch of various programmes and schemes including Wi-Fi in the market areas. He is also known for launching “Shakti Cab” project and “URJA” project for women when he was with Delhi government. He is also considered as man behind the start of “Rahagiri” event that takes place every Sunday in national capital to promote culture and sports. Similarly some of his other initiatives were green waste management, outdoor gymnasium in parks and gardens and rooftop solar city projects. He is also writer of crime thriller novel titled ‘The Perfect Suicide.

It is nodal statutory body in charge of development and regulation of inland waterways for shipping and navigation. It was established in October 1986 and is headquartered in Noida, Uttar Pradesh Its main function is to build necessary infrastructure in inland waterways, surveying economic feasibility of new projects and also carrying out administration and regulation. It undertakes projects for development and maintenance of IWT infrastructure on national waterways through grant received from Ministry of Shipping.