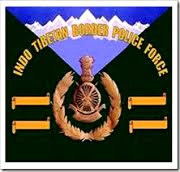 In a first of its kind move, the border guarding paramilitary force of Indo-Tibetan Border Police (ITBP) has started a dedicated matrimonial site for its staff. This is the first -ever dedicated and well-managed matrimony portal among Central Armed Police Forces (CAPF). A link for the unique portal was launched on 9 December on the official website of ITBP. The website will be managed by ITBP and only the staff will be able to access it.

Need: As per Home Ministry’s data, there are about 2.5 lakh bachelors in all the CAPFs that have a combined strength of about 10 lakh personnel. ITBP has about 25,000 unmarried men and 1,000 women in its various ranks at present.

ITBP’s in-house matrimonial portal initiative has been developed for unmarried, widowed and separated personnel (both men and women) in combat and other ranks to help them find a suitable soulmate within their service. It is also a secure way of sharing personal information.

Thus, keeping in view their duties and engagements after joining the service, finding suitable matches becomes an uphill task for serving personnel. Moreover, due to tough service, the ITBP personnel are unable to get enough time to find a suitable match and therefore to fill this gap ITBP started the website.

The portal has significant privacy guards for registered personnel as without having ‘Unmarried’ status service record, no one can register here. This means, only unmarried personnel can register. Moreover, the eligible candidate cannot add or delete any data except that they will have the choice to allow or disallow display of personal mobile number and email.

This mountain warfare-trained force was raised on 24 October 1962 for reorganizing frontier intelligence and security set up along Indo-Tibetan border. It was primarily tasked to guard Line of Actual Control (LAC) with China but now it is also deployed for rendering a variety of internal security duties in country including anti-Naxal operations. At present, ITBP has 56 service battalions, 4 specialist battalions, 17 training centres and 7 logistics establishments with a total strength of about 90,000 personnel.