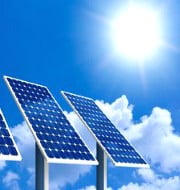 The Institute of Energy Economics and Financial Analysis published a study according to which India has increased its potential of renewable energy investments to 500-700 billion USD. This is mainly because of improvements in solar power in the country.

According to the study, the ultra-mega solar parks in the country have attracted foreign capital. The Bhadla Solar Park in Rajasthan is the largest solar park in the world. It is spread over 14,000 acres. The capacity of the park is 2245 MW of power.

The concept of ultra-mega solar parks was framed by India in 2016. In 2016, the Ministry of New and Renewable Energy had set a target of setting up of 40 industrial solar parks with a capacity of 20GW. The target was doubled to 40 GW in 2022.

The concept of ultra-mega solar parks involves local distribution companies and the state governments. This is mainly because large areas of land need to be acquired to set up a solar park. And since land is a state subject, state governments should certainly be involved.