Industrial Relations Code, 2020 to be implemented by April 2021 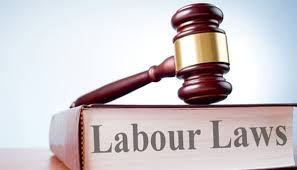 The Ministry of Labour recently notified the draft rules for the Industrial Relations Code, 2020. The rules are to be implemented by April, 2021.

Under the new Industrial Relations Rules, 2020, the establishments with more than 300 workers will have to seek Government Approval to lay 15 days in prior to the lay off of the intended actions. Earlier, the limit was 100 employees. This means the doing business is being eased under the new rules.

The rules restrict the workers from going on strike. It also prescribes subscription charges to the trade unions. This will make it difficult for the unions to go for collective bargaining.

Also, the closure of establishments should be done after seeking 60 or 90 days prior approval from the Government.

Also, the code tweaked the definition of industry. IT took out the eminent institutes, especially those related to defence and space such as DRDO and ISRO out of its purview.

The Occupational Safety, Health and Working Conditions code aims to envisage safety standards and spells out duties of employers and employees. It focuses on hours of work, health and working condition of workers, etc.

It will also bring in gender equality and will empower women workforce. It also recognises the rights of transgenders and it is the first time the transgenders are being considered under a labour code. The code makes it mandatory for the industries to provide separate washrooms for male, female and transgender employees.