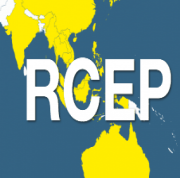 In his statement to DPR Commission VI, Minister had argued that RCEP will be beneficial to Indonesia. It also promises to strengthen its role in regional supply chains and improve the economic performance of the country, amid covid-19 pandemic.

RCEP is a free trade agreement between Asia-Pacific nations of Australia, Brunei, China, Cambodia, Japan, Indonesia, Laos, South Korea, Malaysia, New Zealand, Myanmar, Singapore, Thailand, the Philippines, and Vietnam. India and the United States are not the member of RCEP. The 15-member grouping accounts for 30% of the world’s population and 30% of global GDP. Thus, it is the largest trade bloc in history.

Why India is not a part of RCEP?

India did not join RCEP raising a concern that, this deal would open it up to Chinese goods, and thus increase its trade balance with China.

Negotiations on the RCEP deal started in 2012. India was also part of the negotiations. However, India pulled out in 2019 because of concerns over lower tariffs. Before India, RCEP excluded the USA, which had withdrawn from the Trans-Pacific Partnership (TPP) in 2017.