Indian Meteorological Department to provide predictions for Malaria from next monsoon 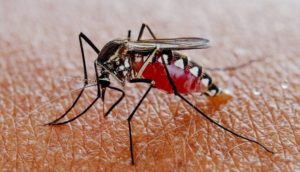 On November 7, 2020, the Indian Meteorological Department (IMD) announced that it will start providing Malaria outbreak forecast from next monsoon. Also, it announced that India is to ramp up its high performance computing facility. Under this the existing capacity of 10 petaflop is to be increased to 40 petaflops.

The Indian Meteorological Department recently studied the phenomenon of occurrence of malaria and its relation with rainfall. The department conducted its first study in the city of Nagpur. This is to be applied to other cities as well.

According to the world Malaria report India accounts to 85% of global Malaria burden. Also, the National Health portal reports that the majority of malarial cases are from the central and Eastern part of the countries. This is mainly because these States have dense forests, tribal areas and hilly regions. The states include Chhattisgarh, Odisha, Jharkhand, Maharashtra, Madhya Pradesh and the North Eastern states such as Meghalaya, Tripura and Mizoram.

The number of malaria cases was 2.08 million in 2008.It has declined to 4 lakhs in 2018. According to the National Health portal, India is the only country to show progress among all the other hardest hit Malaria countries.

Malawi is a first country chosen to roll out the vaccine. The other two countries chosen are Ghana and Kenya.