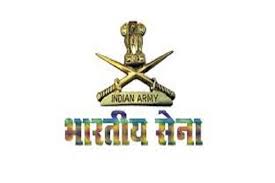 On October 29, 2020, the Indian Army launched a messaging mobile application called the SAI. The application will provide secure voice, video and text calling services to the soldiers of Indian Army. The SAI model is much similar to other commercial applications such as Telegram, WhatsApp, SAMVAD. It uses end-to-end encryption messaging protocol.

Why did Army develop a separate mobile application?

There were concerns faced by Indian Army in using the commercial mobile applications. This compromised security. Earlier in 2020, the Indian Army issued an order to ban the use of 89 applications by its personnel. The army personnel were also asked to delete popular applications such as Truecaller, Facebook, Instagram. This was done to prevent the leak of national security information from the phones of armed personnel. The security application for internet was examined by the army cyber group and CERT. The process of registering the application under the intellectual property rights is currently in progress.

Who developed the application?

The application was developed by Colonel Shankar of the Indian Army. Apart from providing communication links, the application will also help in infrastructure management. It will help the Indian Army to monitor land encroachment and manage cantonment roads. Currently and monitoring of Army land and infrastructure development, planning and monitoring works are carried out manually. This is time consuming and also inefficient.

The Indian Army also introduced a software called Infrastructure Management System. This software was introduced on the sidelines of the Army Commander Conference that was held on October 28, 2020. The software will help in automation and will empower all stakeholders becoming efficient.

It is Computer Emergency Response Team. It was established in 2004. It operates under the Ministry of Electronics and Information Technology. It is a nodal agency that looks after cyber security threats such as phishing and hacking. It works to strengthen the security related defence of Indian internet system.