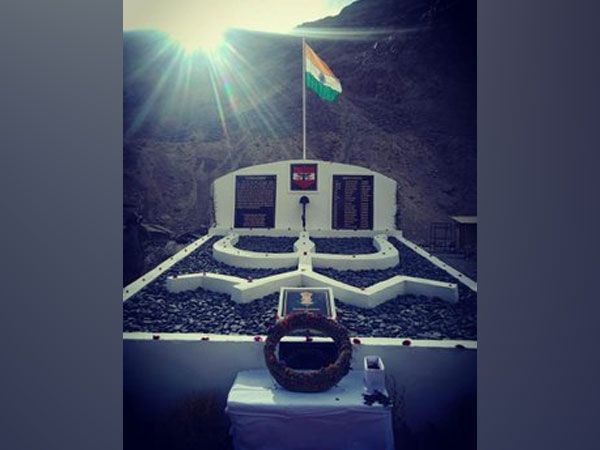 The Indian Army has set up a memorial to honour twenty soldiers who lost their lives in Galwan Clash. The Galwan Clash was fought between Indian and Chinese Army in June 2020.

The Indian and Chinese Army are engaged in a long stand off since 1962 war. The June 2020, a violent clash broke out between the armies in the Galwan valley along Line of Actual Control. During the clash, around 20 Indian soldiers were killed.

In order to honour the soldiers’ sacrifice, the Indian Army has erected the memorial. The Indian soldiers outnumbered the Chinese in the clash. The Chinese also suffered casualties of around 35 soldiers. India countered Chinese at the Galwan Clash under “Operation Snow Leopard”.

Under Operation Snow Leopard, high altitude mountain warfare specialists are kept prepared. During the operation, every team deployed in the operation was tasked to occupy heights and secure the supply lines. The army took control of the posts in the north and south banks of Pangong Tso and other locations in Ladakh during the operation. This was done to keep an eye on the Chinese.

The memorial has the names of the soldiers. They are mentioned as “Gallants of Galwan”. It lies in the Shyok-Daulat Beg Oldi road.

The Line of Actual Control was not demarcated. After the clash, certain parts have now been demarcated. The lack of demarcations led to the countries having different ideas of their limits that led to regular transgressions. The Galwan Clash began as one such engagement and escalated unlike previous clashes in the history of India-China border clashes.

The clash began on the basis of “Nibble and Negotiate Policy” of China.

Under the policy, China ensures India does not build infrastructure along the Line of Actual Control. India has been developing the Ladakh region bringing in several infrastructure projects and building roads along the border. This is the main reason for this particular clash to get serious unlike the other earlier clashes.

Why is China opposing India’s Road Construction along the border?

The roadways to the border and Line of Actual Control will help Indian Defence force to transport supplies to the border forces easily. This will strengthen the borders in a huge way. Transporting soldiers, ammunition, food supplies, and other needs becomes easier. Thus, China holds policies to oppose India building infrastructure in the border.